Powers that be | Demeter reads the Scotch Encyclopaedia | Present | Vendetta 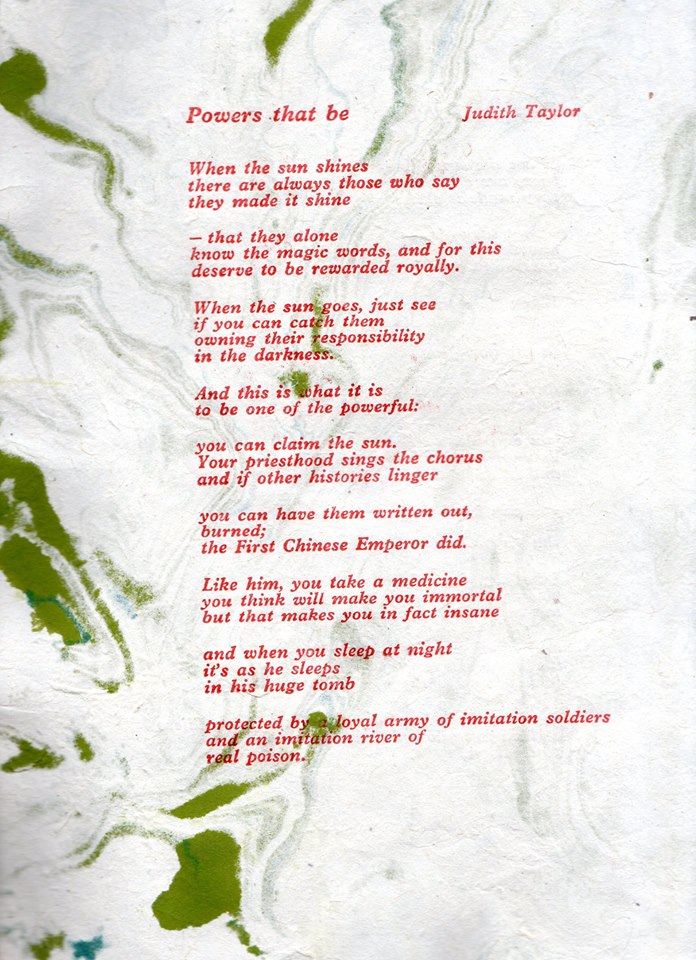 Printed as a poster poem by Diehard Press, on hand-marbled paper, for StAnza 2016 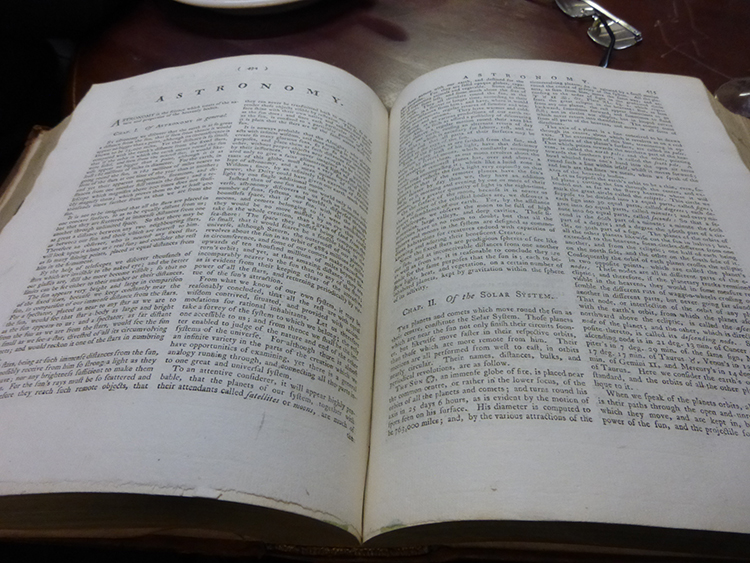 It is not to be imagined
that all the stars

are placed in one
concave surface equally distant from us

a braw lowe, an comfortless
as a girnal stowed wi sand an yella stane

but that they are scattered

at immense distances
from one another…

no limit can be set
either to their number or their distance.

(Lines in italics taken from the entry for Astronomy in the first edition of the Encyclopedia Britannica, published Edinburgh 1768-71)

After all these years and places
it’s still on my wall, that still life.
A bottle of wine, some onions
and greenish paint behind them:
Cezanne’s art
imitating the kitchen.

Not the brightly coloured oranges and apples
in their sinuous folds of drapery
but quieter. Domestic. Slightly awkward.
The moment I took the wrapping off
and rolled it out to see
my heart adopted it as mine.

And when I look at it
as often as not I think of you
and the letter one of us owes the other
– probably me again, this time.

After all these years and places, still
your dry pride
in your lack of nonsense. Still your way
of reaching in
to the heart of the thing:
the deacon you are now

already present in the girl
who saw that picture in the art shop
and knew how I would love it.
And present in the deacon still
the girl who shrugged as I babbled my delight;
who said: is that who it is?

– well, I think it’s hideous.
I thought you’d be bound to like it.

The painting itself is in the Musee d’Orsay, Paris  (click on the image at the link to see it enlarged) 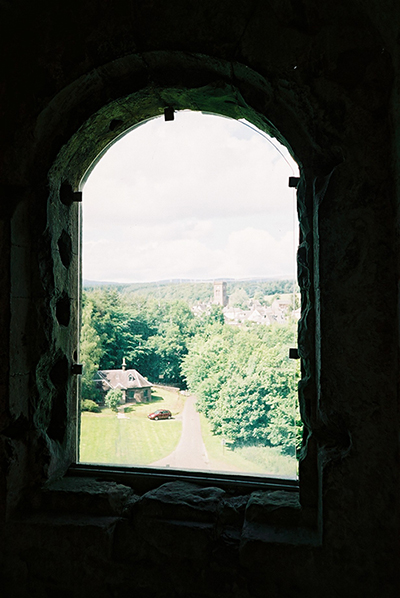 The ballad speaks of your wife, bereft
at a window in your castle
from which she would never see you
come hallooing home again.

But the truth of the story is
your wife died before you,
and it was your widowed mother took delivery
of your murdered body:

washed you, as she had
when you were a bairn; laid you out;
and summoned, not the family chaplain
but the nearest portrait-painter.

She couldn’t know a song
would make your good looks and sporting style
immortal; and her grievance.
Even now, you are still displayed

like a baby-picture – life size,
near-naked – on the dark canvas
she bequeathed posterity
with your fine head split open,

your powerful limbs all slack;
your mother’s words
unrolling over you, crying
GOD REVENGE MY CAUS. 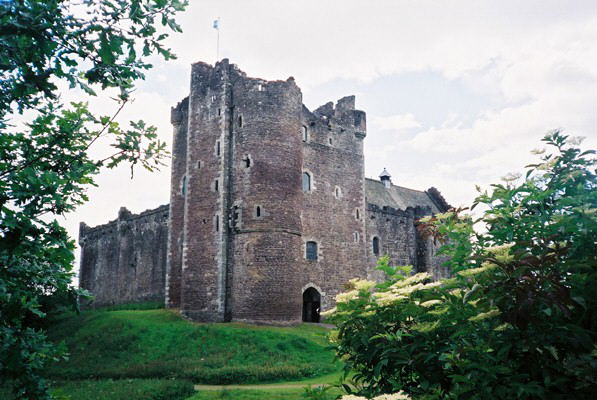 From Local Colour (Calder Wood Press 2010)
James Stewart, 2nd Earl of Moray, was killed at Donibristle on 7th February 1592 while trying to escape arrest. His last words are said to have been, “Ye hae spoilt a better face than your ain.” Many, including the maker of the ballad “The Bonny Earl o’ Moray”, suspected his death was the outcome James VI hoped for when he handed the arrest warrant to Moray’s longtime enemy (and James’s favourite) Gordon of Huntly. The “Murder Portrait”, thought to have been commissioned by Moray’s mother Lady Doune, is still in the family and is kept at Darnaway Castle in Moray.